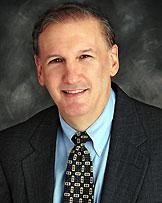 Frank M. Scutch is a patent attorney at Scutch Law, PLC, focusing his practice primarily in the areas of electrical, electro-mechanical, mechanical, and software-related inventions.

Prior to founding Scutch Law, PLC, Mr. Scutch served as a patent attorney at Barnes & Thornburg, LLP and Price Heneveld LLP. In addition, Mr. Scutch served as senior IP counsel for Motorola, Inc., and as a patent examiner for the United States Patent and Trademark Office. He also served as an Adjunct Professor of Law at Nova Southeastern University School of Law in Ft. Lauderdale, Florida.  Mr. Scutch is currently a legal advisor at Start Garden, LLC in Grand Rapids, MI where he counsels start-up clients on a variety of IP matters.

Mr. Scutch earned his J.D. from Western Michigan University's Thomas M. Cooley Law School in 1992, where he served as a staff writer for the Michigan Opinion Notes. He received his B.S. in Electrical Engineering from Wilkes University in 1983.

Mr. Scutch is Martindale Hubble AV- Preeminent rated and was voted Best Lawyers in America since 2013.  He is admitted to practice in the states of Michigan and Florida, and before the U.S. Patent and Trademark Office, the Federal District Court for the Western District of Michigan, Federal District Court for the Southern District of Florida and United States Court of Appeals for the Federal Circuit.